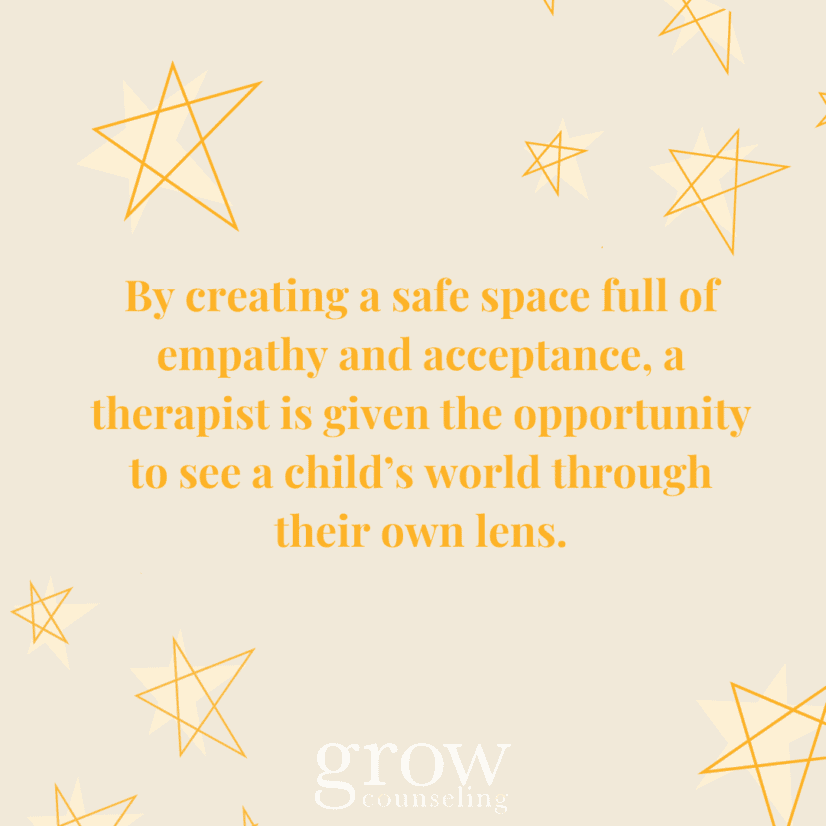 Child-Centered Play Therapy was originally developed by Axline in 1947 and was inspired by Roger’s Person-Centered Counseling approach. Over the years, it has developed into an evidenced based model with contributors including Gary Landreth and Dee Ray.

Child-Centered Play Therapists value the child/therapist relationship and believe that this is the main facilitator of change.

In order to create a strong therapeutic relationship, it’s important that the counselor create an environment where safety, security, acceptance, and empathy reside, allowing the child to be in control. Child Centered Play Therapist believe that by creating this space, it allows for the opportunity to see the child’s world through their lens.

“Child Centered Play Therapist do not view problem behaviors as representative of a deficit in the child, but as a child’s attempt to be seen, heard, and accepted.”

Research supports that once a child does feels accepted and understood, the original concerning behavior will change. The therapeutic relationship is everything!

Hopefully, this breakdown of CCPT will help you determine whether or not a CCPT is best suited for your child. Next time, we will look at what you can expect from Cognitive-Behavioral Play Therapy.