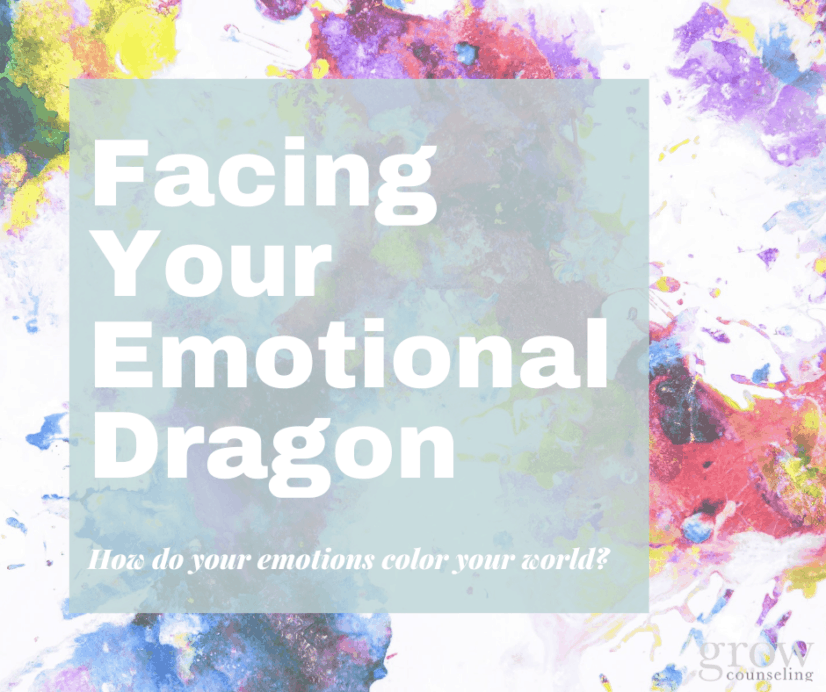 When you feel intense or negative emotions, do you tend to stuff your feelings down or ignore them altogether? While this is understandable, intense emotions often accumulate under the surface rather than go away.

According to Sue Johnson, the emotional music in your brain structures the way we engage with others, and vice versa.

Emotions color your world, and how you engage with emotions shapes your suffering.

The children’s story, There’s No Such Thing as a Dragon, illustrates how ignoring emotions makes them grow. However, when you talk about the dragon, the feelings don’t go away completely, they become smaller and more manageable.

In most fantasy stories, dragons live in dark caves where they hoard treasure. Facing your emotions might be scary, and you may have to go where you least want to, but you don’t get the gold without the dragon. The alternative is to pretend like it doesn’t exist.

If you’ve ignored difficult emotions in your life, finding a trained therapist can help you notice and confront the dragon when you’ve lost your way. Talking with a therapist can support and guide you through the cave where the dragon becomes smaller, more manageable, and no longer a threat to your safety.