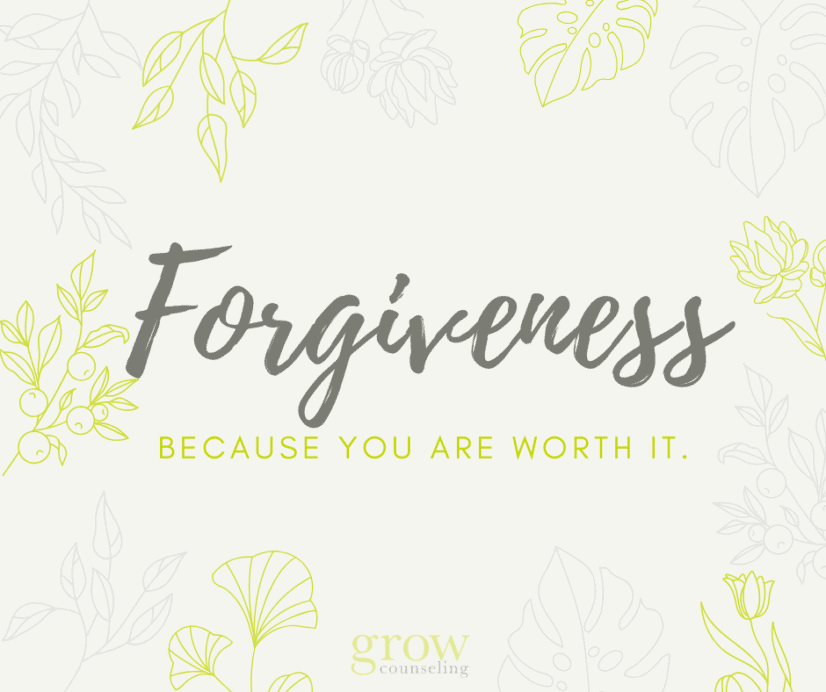 “You’ll never know how strong your heart is until you learn to forgive who broke it.”

Hurt and resentment are some of the common reasons people seek out counseling. Whether it’s dealing with the pain of a betrayal or processing a trauma from the past, there are countless emotions that arise when a person has been wronged by another.

While processing through those emotions is both helpful and necessary, an area where many people get stuck is the idea of forgiveness.

The topic of forgiveness is a well-researched one, with support from different religions, values, and philosophies. What seems to be the most motivating and influential sources, however, are the testimonies of those that not only researched forgiveness, but also put it into practice.

I recently came across a  Ted Talk where the speaker was faced with the daunting task of forgiving someone that negatively altered the life of her family. She said something that resonated with me: “Too many times, people focus on how to forgive, rather than why“.

The speaker summed up this answer in two simple phrases:

Too often, forgiveness is viewed as a pass for the perpetrator. That couldn’t be further from the truth. When you forgive someone, what you’re really saying is, “I know what you did. It’s not okay, but I recognize that you are more than that. I don’t want to hold us captive to this event anymore. I can heal myself, and I don’t need anything from you to do so”.

Once you truly believe that, you begin to break the chains that were once binding you. When you understand why forgiveness is important, how to do it becomes a bit easier.

Forgiveness isn’t about the person that wronged you. Forgiveness is about you choosing to move forward. It’s the ability to take the pain you experienced, look at it intently, process it, and ultimately let it go.

Why forgive? Forgive not because it’s ok…forgive because you’re worth it.