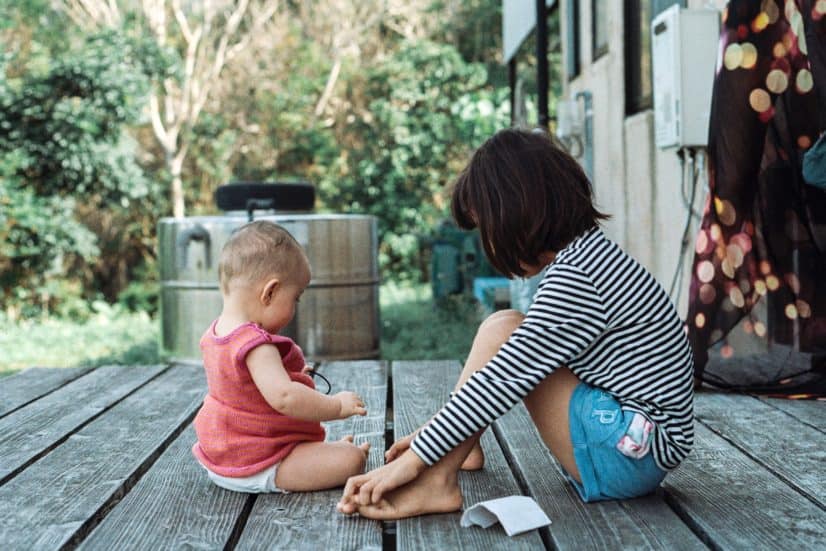 The positive impact of outdoor play for children is well-known.

Playing outside allows for the opportunity to release built up energy, socialize, use one’s imagination, and explore nature.

Not only does outdoor play relate to physical and emotional benefits, but recent research indicates that exposure to greenery as a child is also correlated with a decreased risk for developing mental health concerns during adulthood.

A study at Aarhus University in Denmark gathered satellite data and population data from about one million Danish residents who were born between 1985 and 2003 and lived in Denmark during childhood.

Results demonstrated that greater exposure to greenery as a child is correlated with a decreased risk of developing over fifteen different mental health diagnoses.

Similar studies conducted in other European countries and the United States demonstrate comparable results. These results may be difficult to grapple with for people living in urban areas who lack accessible green spaces, however. Furthermore, green space is not distributed equally such that wealthier areas tend to have more green space as compared to under-resourced areas.

Luckily, there is good news for people who cannot readily access green space. A rise in biophilic design, which involves using natural accents indoors, has allowed us to imitate nature and its benefits. Biophilia allows people who cannot spend time outdoors, such as those who are hospitalized or lack nearby green space, to reap some of the benefits of time spent in nature.

The benefits a child receives from the ability to play in a safe outdoor environment highlight the importance of both outdoor play and accessibility to green space.

As the weather improves and summer months approach, consider taking your child to a park, garden, or nature center as part of your weekly routine!