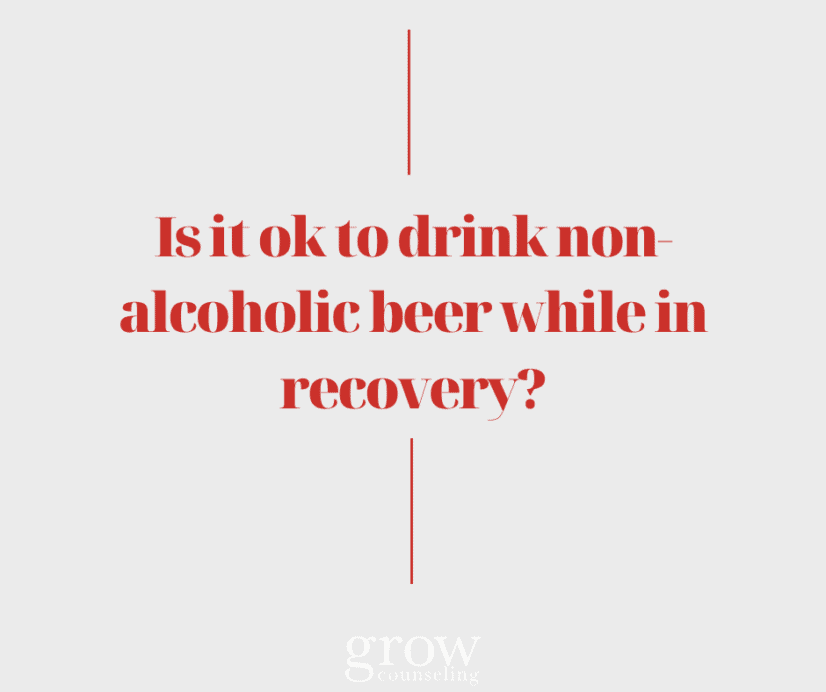 While working with addiction and specifically alcohol abuse, I have often been asked the question “Is it ok to drink non-alcoholic beer, etc. while in recovery?”

It seems harmless and even like a tool to “cut back” slowly which has required me to do some of my own research around it.

First and foremost, “alcohol-free” or non-alcoholic beer does contain a small amount of alcohol in it (up to 0.05% ABV).

There are some brands that are considered alcohol-free beer that are labeled as 0.0% ABV. Non-alcoholic beer is made from removing the alcohol from regular beer and contains twice the number of carbs (mostly in the form of added sugar) then regular beer. One study of 45 non-alcoholic beverages showed that nearly 30% of them included more alcohol than stated. This same study found that 6 beers labeled 0.0% ABV did actually contain levels up to 1.8% ABV.

Secondly, non-alcoholic beer suggests to your brain that it is merely a substitute or means of denying yourself of what you truly want.

This subconscious message along with the triggers of the taste and smell slowly builds up making it harder and harder to resist the craving of the alcohol itself. To understand the severity of using non-alcoholic beers, it may be helpful to acknowledge that addiction treatment centers do not even allow their patients to have mouthwash or cough medicine let alone non-alcoholic beer.

Before non-alcoholic beer can be viewed as “harmless”, the belief structure around alcohol being “good” also has to change.

When non-alcoholic beer is a way to “white knuckle” recovery or to use your willpower to overcome the craving, then it is destined to fail. Sheer  willpower has a 95% chance of failure. Many people believe they will be even more unhappy without it in their life and the belief system says things like, “Everyone drinks. It’s harmless.” When the truth is that alcohol is the 2nd most addictive substance on the earth (falling second to heroin) killing 2.5 million people/year according to the World Health Organization.

When someone truly has had a problem with alcoholism, trying to “drink in moderation” or using substitutes such as “non-alcoholic beer” simply will not work.