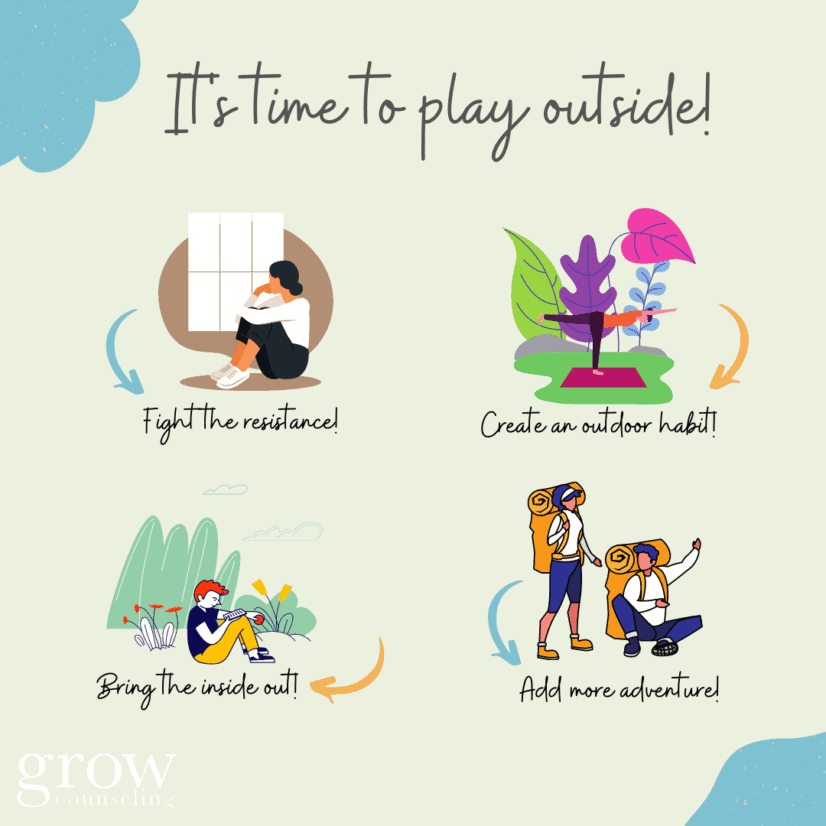 On Groundhog Day last month, Punxsutawney Phil had an accurate prediction of six more weeks of winter. Tragically, states across America have suffered from the recent winter Arctic blast and people are in desperate need of fighting the winter blues as Spring approaches. It makes it especially difficult in quarantine during a global pandemic!

Playing outside, no matter your age, can help stimulate cognitive functioning, foster resilience, release endorphins, and increase an appreciation for nature.

In an American Psychological Association article, Harvard University biologist, Edward O. Wilson, PhD, introduced his theory of biophilia, where he found that “humans have an innate affinity for the natural world.” Since his discovery, there have been multiple longitudinal studies about the importance of connecting with nature in order to combat obesity and decrease screen time.

We know that parents are struggling, though, to get their children motivated to go outside in the midst of virtual school and quarantine.

So what’s the trick to get your family outside during the winter months? Here are some quick tips for engaging more in the outdoors, no matter the temperature!

Encouraging “outdoor activity is mentally healthy and crucial during shutdowns,” according to Heather E. Swartz with National Geographic. In order to find a new pace as Winter closes and we see signs of the coming Spring, take steps to commit to playing outside in the great outdoors!