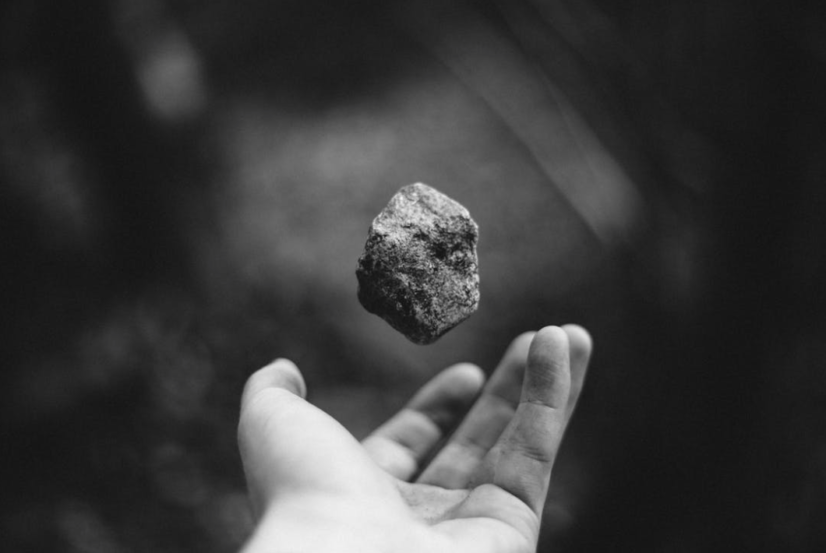 You’ve probably heard the old saying, “Sticks and stones may break my bones but words can never hurt me.” I appreciate the spirit of the maxim, the refusal to give credence to critical, spiteful, thoughtless speech. The problem is, it’s not true.

Scientific studies, legislation regarding hate speech and even the existence of the saying itself, all point to the same conclusion; words cannot only hurt us, they can be downright devastating.

This may be valid, but I don’t know that it’s really helpful. Scientific research simply confirmed what most of us learned firsthand in the social shark tank of middle school; people have an alarming capacity for cruelty, and no weapon is more readily available or easily wielded than words.

However, another old saying reminds us that there are two sides to every story. To see the other side to this story, we need to understand what makes words hurtful; what is so devastating about a collection of vowels, consonants, syllables, and sounds?

Words’ power comes from their ability to reflect the heart, mind, experience, understanding, beliefs, context, personality, character and singular perspective of their speaker.

Like the people who use them, words can be both universal in definition and unique in application. Dictionaries and scientific texts provide reams of information about the defining characteristics of a word and what brings them to life. Words inevitably convey more than just their intended message. From their accuracy to their pronunciation to their truthfulness, words reveal something personal about their speaker. Given their ability to reflect the essence of their speaker, it’s small wonder that words have the power to do so much damage. But therein lies the other side of the story, the side that spells out possibility and hope. It’s not the hate that lends words power, but their ability to reflect the condition of the heart.

Just as hateful words can wound, positive words have the power to foster growth, to inspire, encourage, challenge, and unite.

Research has even shown that the quality and quantity of words a baby hears in her first year of life will significantly affect their future academic performance, their IQ, and their level of accomplishment later in life. The findings are so profound that they have given rise to programs like Talk with Me Baby that teach parents how to leverage the power of their words for the benefit of their babies’ development. It seems futile to deny the power of words to do harm; hateful words hurt. However, we can exercise a greater power through our own words, by choosing words that inspire and influence, that bring out the best in ourselves and in others.