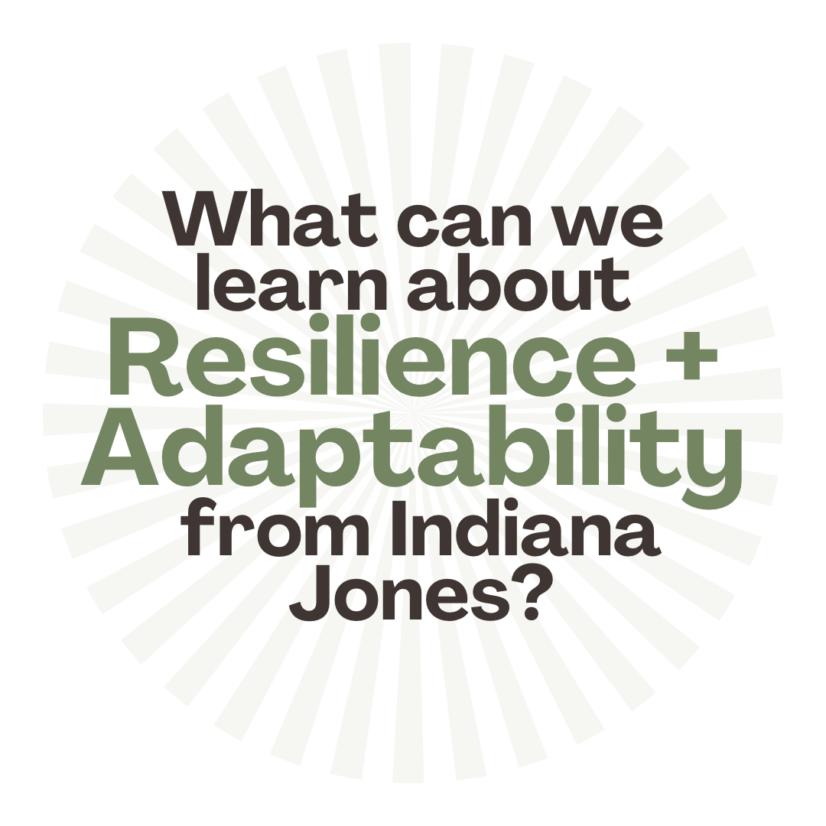 As a lifelong fan, I can say without any bias that Indiana Jones is one of the best fictional characters of all time. But, if you are not sure that statement is accurate, allow me to explain.

Indy has endured as a character due to his persistence and ability to adapt to adversity.

Yet, he has relatable flaws and fears, plus his plans repeatedly fail. It is satisfying to watch him bounce back without getting stuck in self-pity.

For instance, in Raiders of the Lost Ark, after failing to keep the ark from the Nazis, his friend asks how he would get it back. He replied, “I don’t know. I’m making this up as I go.”

Often in life, we make plans, and they don’t work out the way we’d hoped.

Usually, this involves taking risks or putting ourselves out there. We might take on challenges that seem simple, but unintended consequences or obstacles hinder us from reaching our goals, which can be frustrating and discouraging.

I chose to write about Indiana Jones because I admire how he responds to challenges and adjusts to new situations. He demonstrates fear as he struggles, but he is also resourceful and durable. I think he’s such a beloved character because, through his struggles, he displays how to be more resilient and adapt when plans go wrong.

When plans go wrong, it’s often the case that situations are so much more complicated than they are in a movie. Indy’s objectives are clear, which is not always the case in real life. Movies can show admirable characters struggling and adapting to extraordinary situations. They allow us to recognize strengths within ourselves and show how to imitate those qualities we might like. Maybe I’m showing bias because I’m not immune to the negative emotions that come up when my plans fail, and I want to be more like Indiana Jones.

If you want to watch a fun and insightful video that inspired this blog, check out this conversation between a therapist and filmmaker as they analyze Raiders of the Lost Ark.