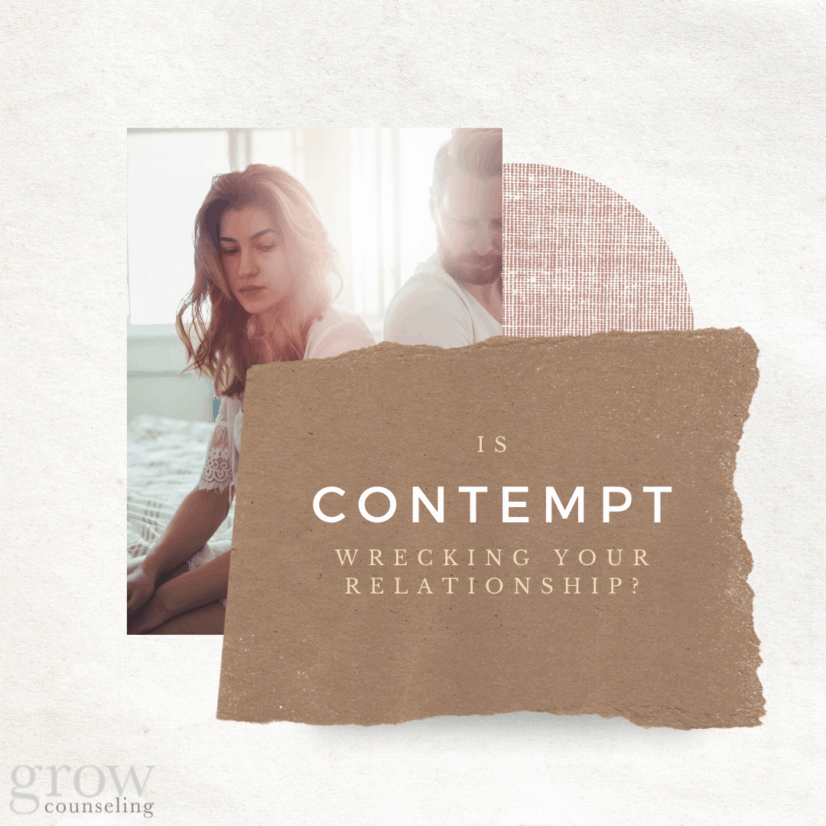 Through his research, Dr. John Gottman found that distressed couples tend to use destructive behaviors in their conflict discussions which lead to conflict escalation.  He calls these behaviors the four horseman, after the Biblical four horsemen of the apocalypse.

They include criticism, defensiveness, contempt, and stonewalling.

We’ve covered three of these in past blogs, so in this blog, I’ll focus on the most destructive of the four horsemen, contempt.

Of all of the four horsemen, contempt is the most dangerous.  Contempt happens when we take a stance of superiority over our partner. While contempt can be clearly delivered in a direct verbal message of superiority, it is often delivered non-verbally.  This can be through gestures, eye-rolls, and mocking.

Contempt is the single best predictor for divorce.

In this video, Dr. Gottman discusses contempt, its impact on relationships, and the negative impact that it can have on the health of those receiving contempt.

When voicing a complaint, be intentional about talking about yourself and avoid describing any negative thoughts about your partner.