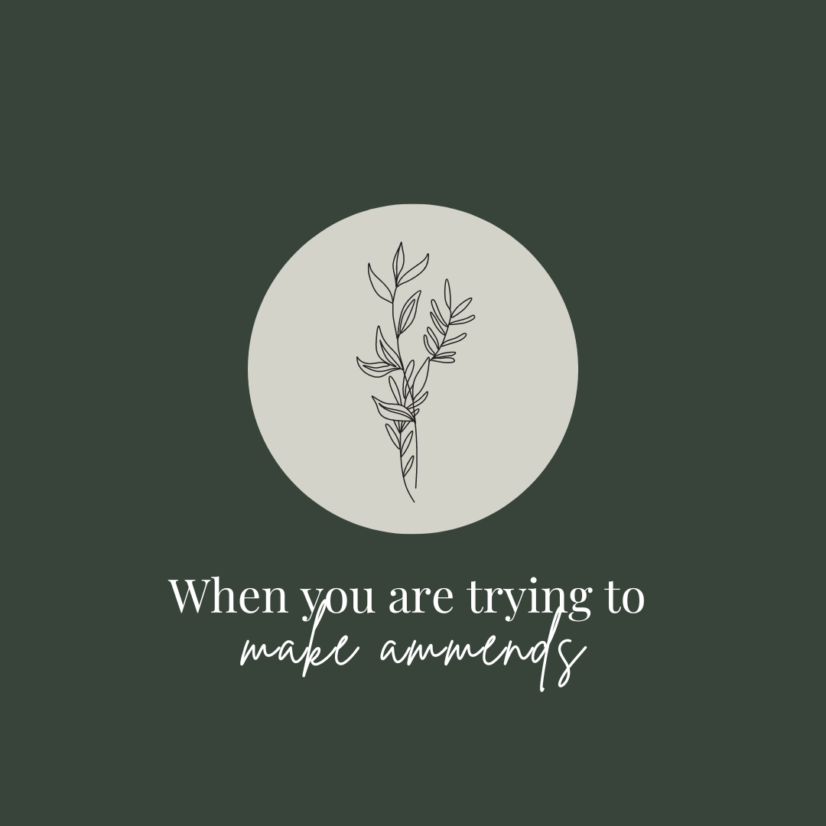 How hard should one try to make up after an argument or disagreement?

Sometimes it depends on who is the other party. We want to feel as though we are correct in our opinions, but when someone else doesn’t share that same idea, feelings become hurt and separation from each other often occurs. Pursuing immediately can lead to disaster.

What might be helpful is allowing for time to heal the wound.

Time can be of great benefit when two people have become embattled. Allowing the mind to clear and inspecting one’s feelings about the situation can bring healing when there was only frustration. Giving one another space permits emotions to calm, and leaves room to gain perspective about the basis for the dispute. What generally happens is that the underlying reason for the argument becomes so obscured due to hurtful things being said or misunderstood that it’s not about what transpired, but what was said afterward.

The next time an argument or dispute ensues step back, take a breath, and permit the emotional upheaval to subside.

Regain composure and reason, then reach out to the other individual and engage in meaningful conversation about what took place and prepare to allow each other the opportunity to speak freely without concern for retaliation or criticism.