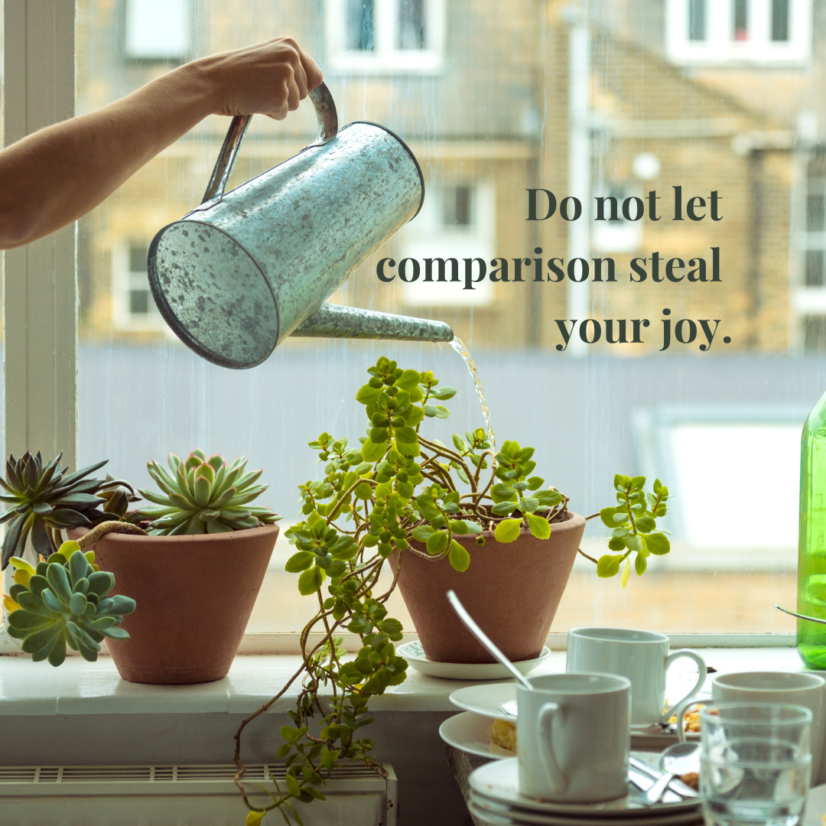 “Comparison is the thief of joy.”

These six words are often attributed to President Theodore Roosevelt. While there may not be any historical proof that he actually said them, the message itself has been proven time and time again.

Think about all the times you’ve seen the online version of a friend’s relationship; post after post about bouquets sent, romantic planned dates, and overwhelming feelings of love that just cannot be stifled. Or, the times you’ve watched a show or movie depicting the main character dropping everything to pursue their “life’s calling” without being hampered by finances or family obligations. Finally, what about the times when you’ve picked out all your own physical flaws when looking at others at the beach or at the pool?

When comparing ourselves to others, we all tend to fall short.

Things we may have been proud of, such as the three pounds we lost after sweating it out at the gym for two weeks, pale in comparison to the before and after photos of a 100 pound transformation. However, it is important to ask ourselves, does that make our own hard-earned achievement any less valuable?

Comparison literally steals your joy about your own life. There is always someone out there who does it better, is smarter, is a better parent, is more patient. The list goes on. But what about the things that make you uniquely yourself? The things that others look up to you for? We often minimize our own accomplishments and talents in the light of what we see as overwhelming evidence that we just aren’t as good as everyone else around us. This tends to make us anxious, stressed, and generally unhappy.

Stop comparing yourself to others.

Pay attention to the things that bring you joy, help you find peace, and make you feel fulfilled. Allow yourself to be imperfect, and celebrate your efforts rather than the “perfect” end product. You may be surprised at the difference in your self-esteem and overall happiness when you stop living by other people’s standards and start living by your own.